WHAT ARE TRANSITION OFFENSES IN BASKETBALL

By definition, transition offense is when the defensive team secures a defensive rebound or inbounds the ball. The team can then transition to the offensive side of the floor. On a missed shot, a solid rebound by any team member is the first part of keying the transition. Rebounding is an aspect that should not be easily overlooked or taken for granted. In other words, build securing the rebound in any transition offensive drill you decide to run.

WHY SHOULD YOU USE TRANSITION OFFENSE

In a fast play, transition offense allows for your team to attack in a way that may catch the defense off balance. This is probably how it is thought of in most circles. Secure the rebound, find a quick outlet, everyone runs the floor, and you look for the quickest, highest percentage shot. While effective, there is another way to go about transition offense. In a slow play, transition offense allows your team to automatically run a set that may lead to a high percentage shot. If the team doesn’t get the right option, the play also allows the spacing and positioning needed to get into something else offensively.

One of the biggest advantages that transition offense gives teams is spacing and positioning. If players are able to spread out and move well, it creates so many scoring opportunities. This may seem like a no brainer but this is the only section of the game where you can run the whole court with the ball. You can set up and start your offense in the backcourt. The defense is moving to get back, your players are running to their side of the floor ready to score. It’s the only time this set of circumstances is available. This is opposed to walking it up, letting the defense get set, and then calling a play. Remember just because you have a transition offense doesn’t mean it has to be a fast transition offense.

The challenges associated with teaching a good transition offense are:

1—The players understanding the entire puzzle. Players must be able to understand every position within the scope of the play. At times, starting with a wide overview can be difficult.

2—The players then understanding their own position. Where to go, when to go, how fast or slow to get there.

3—Passing. Teaching your players how to make the passes required to run the transition offense is an underrated trait. I say this because again, I feel like it is taken for granted. However if you want to play fast in transition, that calls for a certain type of pass than a coach who wants to be more deliberate and slow it down. Teach those passes!

The challenges associated with running a good transition offense in a game are:

1—Inconsistency. Transition offense is sometimes forgotten about by coaches during the game. You practice it, you go over it, but in the heat of the moment, you might forget to actually run it. Do you have an automatic call for your transition offense? Do you only want to run it situationally? What are those factors? Is your transition offense only good against one type of defense? Answering those questions will allow you and your team to be consistent in your in game approach.

There are two transition offensives that I have run in the past. One is up tempo and looks to beat the defense down the floor for an easy look. The other is more set based and deliberate.

An up tempo transition offense that I have used in the past has been referred to as Wheel. Once the rebound is secured or the ball is inbounded, the point guard flashes to the free throw line extended to receive the ball from whichever player got the rebound. As your point guard receives the pass, another guard should flash to the jump circle at center court. Your point guard should hit that guard with a good chest pass on the run. The guard now has the ball near center court and should be looking for a wing running wide on the sideline. The guard should pass to that wing. There should be another wing running the opposite sideline and then cutting in from free throw line extended to the paint. A good wing to wing pass can result in a layup. The ball movement combined with moving the ball from one side of the floor to the other gets the defense moving and scrambling to find their matchup. 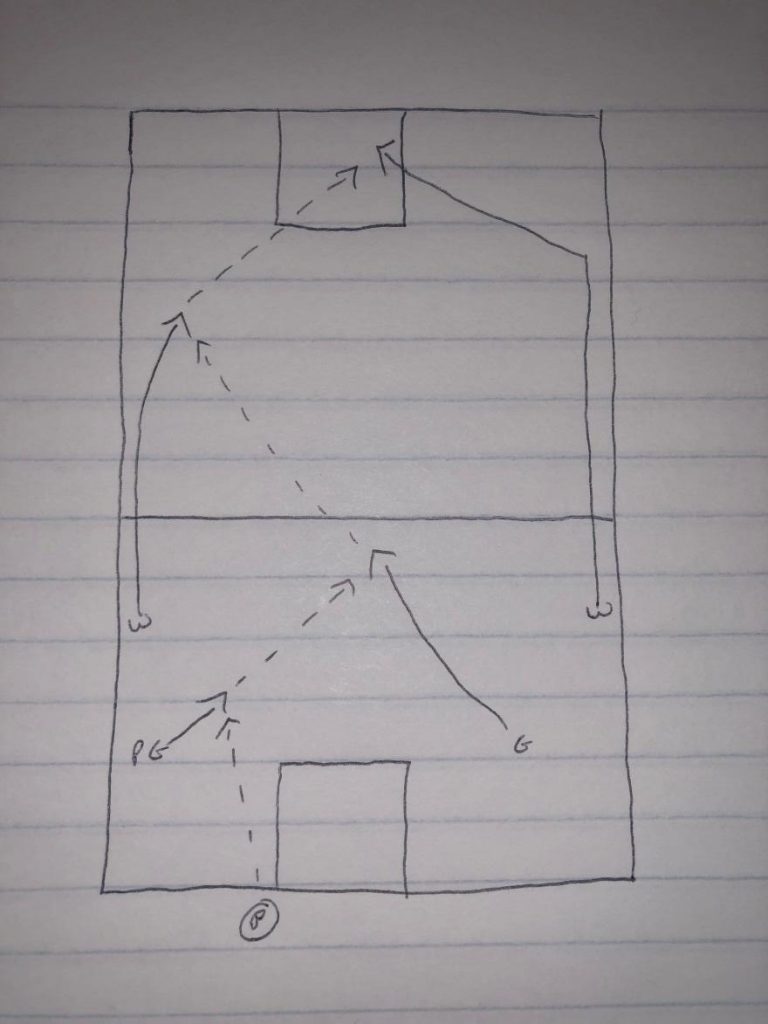 This is a more deliberate transition offense that allows for multiple reads by your post player. It allows for player movement and relocation. After securing the rebound or inbounded the ball, the point guard races down the floor and should have another guard in the ball side corner with the post on the block. The player who inbounded the ball or player who secured the rebound is immediately the trailer (the 4 in this diagram) and will stop at the top of the key. A wing should be on the three point line at the free throw extended area. The point guard should pass to the guard in the corner as fast as they can. From there, it is all controlled and while game speed, a little more deliberate than Wheel. The ball side corner guard will catch and pass to the post on the block. He will immediately cut to the basket. If the post can hand the ball off to the cutting guard for a layup, they should do so. If the cutting guard is not available, the trailer at the top of the three point line should cut hard to the basket. The point guard will replace the ball side corner guard who cut off the post. The wing on the three point line at the free throw line extended area will fill up to the top of the key. Your post has every option available to them. If nothing is there, the post can pass back out to the point guard. This would give you the classic three out, two in look. The point guard is in the corner, a player on each low block, a wing at the top of the key and the guard who cut off the post will fill up and be on the free throw line extended three point area. 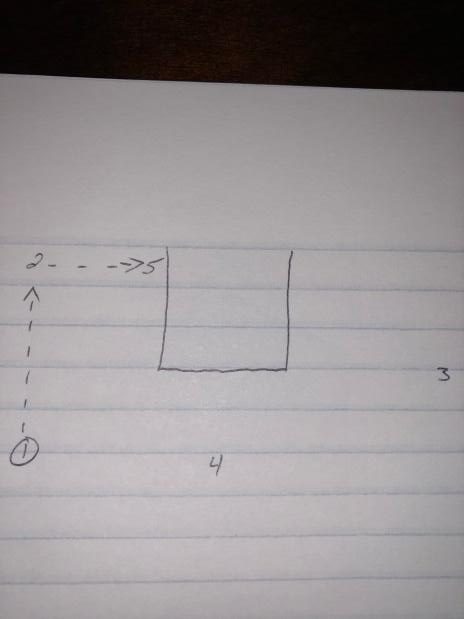 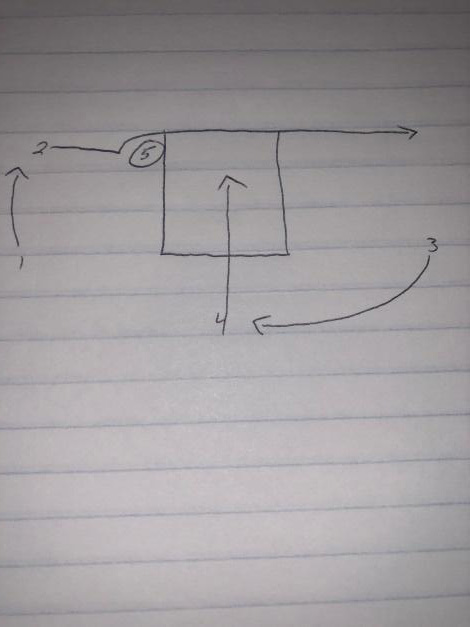 I break this down with the terms “running the X” and “outside loop.” The two wings run the “outside loop.” They run wide and if they continued to run after the layup is scored, they would cross each other under the basket and keep running around the sidelines of the court. The two guards “run the X.” This means they run a diagonal line from one free throw line extended three point area to the other free throw line extended three point area.

Getting players to understand where to be and at the speed in which to be there takes time and patience. Teach your players to be in front of the ball if they are the next passing target. Teach them to communicate and call names for their passes. Teach them how to properly pass on the run.

For both plays, it takes a little while for younger players to develop their sense of timing and execution.

Transition offense can be another tool that your team can effectively deploy during a game. How and when you use it is up to each coach. Transition offense can either allow your team the chance to take advantage of slower teams or deliberately read what another team is doing defensively. There are many resources available to find more information on transition offense. Mike Dunlap, current Head Men’s Basketball Coach at Loyola Marymount University, partnered with Championship Productions and produced the DVD: Transition Offense-the first 6 seconds. This DVD may be a great starting point for any coach that wants to begin learning more about this aspect of the game.